Talking Auckland welcomes guest posts around Auckland issues. If you would like to submit a guest post you can contact me at view[dot]of[dot]auckland[at]gmail[dot]com. Please remember all guest posts (and comments) are subject to The Rules.

In this guest post Phil Hayward critiques and discusses the “NZ Herald Wednesday Oct 8, 2014: ‘Illegal’ to build a house in Auckland for less than $500k – English” dialogue piece which I had read at the time. Before we get to the report (as an embed) below I remind readers and guest posters that I apply The Arts regime when it comes to debates, contestation of ideas, and academic critiques. Anyone who has done Bachelor of Arts or higher at a university as I have know what happens when your lecturers gave you questions to write on as an Arts student. That is no technical right or wrong answer but an opinion or critique is to be given backed up with research and/or logical follow through processes in making your case.

In short? Treat the critiques with respect especially if they disagree with your own view points.

I am pleased to see that Finance Minister Bill English is pointing out the obvious about our distorted housing markets:

Authoritative academic literature suggests that systemically inflated housing costs act as a multiplier of initial income disparities into even greater disparities in life outcomes, including in child health. This is actually not difficult to think through.

In a housing market with a house price median multiple of 3, which is a historical norm, there tends to actually be a match between income earners at each level, and available properties – even $90,000 homes for $30,000 income earners. But when the land cost is inflated, while the median multiple for the market as a whole may rise to “only” 6, the shape of the graphed curve of house price distribution is changed considerably: the tail at the bottom is eliminated completely. There will definitely not be any $180,000 homes for the $30,000 income earner. The bottom end of the housing market will tend to be at least “12 times” the bottom end of the income distribution.

There are many critics of the “median multiple” as a measure of affordability (for example as used by Demographia) but none of them seem to make the perfectly valid objection that it does not show up how disparate the impact of inflated house prices are on the lowest income earners.

There is something natural and undistorted about a housing market with a house price median multiple of 3, which is a historical norm. The distribution of house prices around the median is relatively uniform; there is a long tail on the low side. Row-houses and old streetcar suburb houses in poor condition can be found for under $100,000. There are dozens of US cities where filtered Real Estate site searches will support this conclusion. Anyone who is old enough will remember ultra-cheap bottom-end housing in Auckland, often the same hovels that are now selling for $1 million plus. 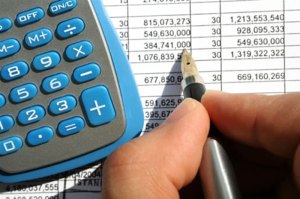 The actual match-up of homes with purchasers across the income spectrum, is skewed completely, with all those who do buy homes now getting something a lot worse for their money, and those who would have bought the crummy homes for closer to $100,000, now do not get into the market at all. A “bottom quintile multiple” would be a far more damning statistic than the median multiple. Especially as most people claim to care about inequality and disparate impact of policies on the poor and their children.

The total outgoings on housing costs over the life of mortgages is greatly increased, because of the relationship between interest rates and the rate of inflation (and hence increases in nominal income). Low interest rates combined with a large mortgage principal deceive many people into thinking that things are no tougher now than they were when interest rates were high and house prices low. But because the interest rate generally correlates with inflation and hence nominal income growth, it hardly matters what the inflation rate and interest rate is, it can literally be stated as a kind of general rule:

Using the NZ Property Investors Federation’s own recent example: in the case of  prevailing mortgage interest rates of 18%, incomes are likely to be rising at least 12% per annum. By the end of the 25 years, the total cost of paying off the house, will have been 9.8% of the total income.

In reality, either the buyers will have paid the mortgage off far quicker because by year 9, their annual income will be more than the remaining principal, OR, as happened in NZ, inflation will have fallen, and so will interest rates. Either way, the outcome is very happy – if you do the maths for any scenario, the total proportion of 25 years of household income will be stuck at below 10%.

But the 2014 house purchaser with the mortgage interest level of 6.3% is likely to only enjoy income growth of 3% per annum, so that by the end of the 25 years, their total cost of paying off the house, will have been 36% of their total income. Again, there is very little variation in this under any scenario where interest rates and income growth both move in tandem; but it gets worse – with interest rates at 6.3% versus 18%; the chances of an interest rate increase that is immediately catastrophic for the household budget, is much higher.

Professor Elizabeth Warren in the USA was elected to the Senate after becoming a viral phenomenon online with her presentations on “The Coming Collapse of the Middle Class”. With such massive increases in household outgoings for “housing costs” over such a long time frame, a whole host of reversals of fortune that tend to affect a certain proportion of the population during their lifetimes  will tip a much higher proportion of households into bankruptcy during that lifetime. For example: sickness or injury of either breadwinner; or of one of their children; the arrival of a child with a disability; the need to care for an elder family member; loss of employment; a natural disaster; being the victim of a crime; an increase in interest rates. Ironically, this last is many times more likely in the current case of low interest rates.

Dilapidated housing stock stays around forever in systemically unaffordable markets (look at the UK’s cities!) and costs many times more than it should. Witness the absurd million-dollar hovels on Auckland Real Estate sites. There is only so much spare capital in an urban economy, and the more of it is swallowed up in cost of site acquisition, the less “renewal” can take place. In fact, you can add “major house repair bills” to the above list of likely misfortunes that will be catastrophic for the family budget.

Along with all this, Auckland’s urban planners need to be challenged to provide evidence that upzoning and building “up” has of itself made any housing market anywhere in the world, “affordable”. The only cities that have nice low-rent apartments in tall buildings, happen to be the ones where suburban housing is affordable, which also happen to be non-compact, non-fringe-constrained urban areas. Anyone wanting to investigate this can look at Real Estate sites for themselves. Brand new townhouses in numerous US cities (with a median multiple of 3) for $140,000 that are $750,000+ here. Developer Brady Nixon is absolutely correct in his observations published in the Herald 6 Oct. It is impossible for development of apartment buildings to run ahead of demand like Greenfields family home development can. Even Hong Kong, the most built “up” city in the world, has not been able to bring housing price median multiples down below 15, and this is for an average home size of 70 square metres!

The rare exceptions are in nations like Japan where the government has operated in the urban property market as a significant landlord for decades, with the explicit objective of keeping apartment rents down in the vicinity of commuter rail stops. Taxpayer subsidy is not required: all that is required is operation on a cost-plus basis, given that the original site acquisitions were made decades ago while the land was low-cost. This is an excellent policy and in fact is the only way that “transit oriented development” can be made to really work.

The current mania for intensification and transit oriented development is in large measure a stalking-horse for the vested interests in “big property” who capture massive increases in economic “rent” of their sites as a result of the grand Plans and the “public investments” in commuter rail systems and CBD-centric amenities. It seems that people who seek careers in public “Planning” unfortunately all are cursed with the kind of mental faculty that is incapable of discerning the ugly connections between the dots. If they are not actually “ignorant” as I am suggesting, the most likely alternative is that they are corrupt. Our current National government should be disassociating itself from this ugly crony capitalism, not leaving itself vulnerable to charges that it is proceeding sufficiently gingerly as to not upset it.

Intelligent people constantly despair of those who cannot see that it is much more sense to help the poor by putting a stop to “money being taken off them for nothing”, in the form of inflated housing costs, rather than “giving them money taken off taxpayers”, or “ordering employers to pay them more”, or “providing them with more free services paid for by other people”. Free services end up being captured a lot of the time by non-poor people anyway.

Public transport is a classic case – the bulk of the public subsidy cost benefits people who, firstly, have CBD jobs; and secondly, who can afford the conveniently located housing that enables them to arrange their whole life around public transport. Free water is great for rich people with swimming pools and large gardens.

There is an inherent dignity in allowing the free market conditions that enable people to buy their own home at an affordable price, just as happens in food and clothing, in contrast to turning them into dependents on the State as a “solution” to regulatory-induced unaffordability. In any case, the unaffordability impact will merely be deflected to land on those who miss out on being provided for. People with a free or subsidised “social” house can be better off than many families who earn just a little bit more and are trying to pay their own way in life – a most perverse incentive.

The 1947 Town and Country Planning Act in Britain ensured affordability problems regardless of how tight the standard accommodation became, and by the 1970’s, fully 1/3 of people in Britain lived in “social housing”. Of course this was fiscally unsustainable. Thatcher failed to fix the distortions to the supply of land for housing, so that selling off social housing ended up making no difference to affordability and ownership rates. The ownership of the sold-off housing has passed out of the hands of the bottom quintile, who are now doing it very tough in crowded conditions in rudimentary accommodation.

Bill English is right – reform of development regulations and a restoration of the kind of housing affordability that used to be the norm in NZ, is the no-brainer top-of-the-list way to address poverty-related problems.

Those who regard taxpayer subsidies for housing for the poor as a “solution”, generally are incapable of seeing that all these kinds of solutions “run out of other people’s money”, thus justifying reforms of the Thatcher variety. Plus many such advocates see the administration of that housing as a source of job security for themselves – including churches that have lost their congregations and whose future is now little more than that of a bureaucracy to manage taxpayer funded welfare schemes.

Thank you Phil for the essay (it is a long one but I have dumped 3000 words into the blog before). It should prompt the debate juices to get following especially in light of this post here from Bob Dey: Blogger gets council attention to city strategy ideas