Opportunities for a “Main Street”

With Davies Avenue as the premier street and Manukau Station Road as the main east-west mass transit corridor the Transform Manukau Series swings back north to Ronwood Avenue that runs east west right through the heart of Manukau City Centre.

Ronwood Avenue presents the opportunity of becoming a “main street” which Manukau City Centre lacks. By main street I mean a transit and people corridor that links the mall in the east and the Supa Centre in the west. Ronwood Avenue has a mixture of retail, cafes, offices and apartments although it has the mall car park structure which is not very friendly looking at all. So the potential for intensification is there even with Ronwood Avenue on the long-term side of Panuku’s Transform agenda.

Looking at the above map Panuku have made from Ronwood Avenue to Ryan Place the Ronwood sector and is one of the two long-term areas for Manukau. Long term being as the areas either sit on long-term leases with Council (Rainbows End) or the area is mainly private land holdings. That said upgrading Ronwood Avenue to encourage urban renewal by the private sector I would put in the same category as the “Central Heart” (Davies Avenue and Manukau Station Road (west end)). 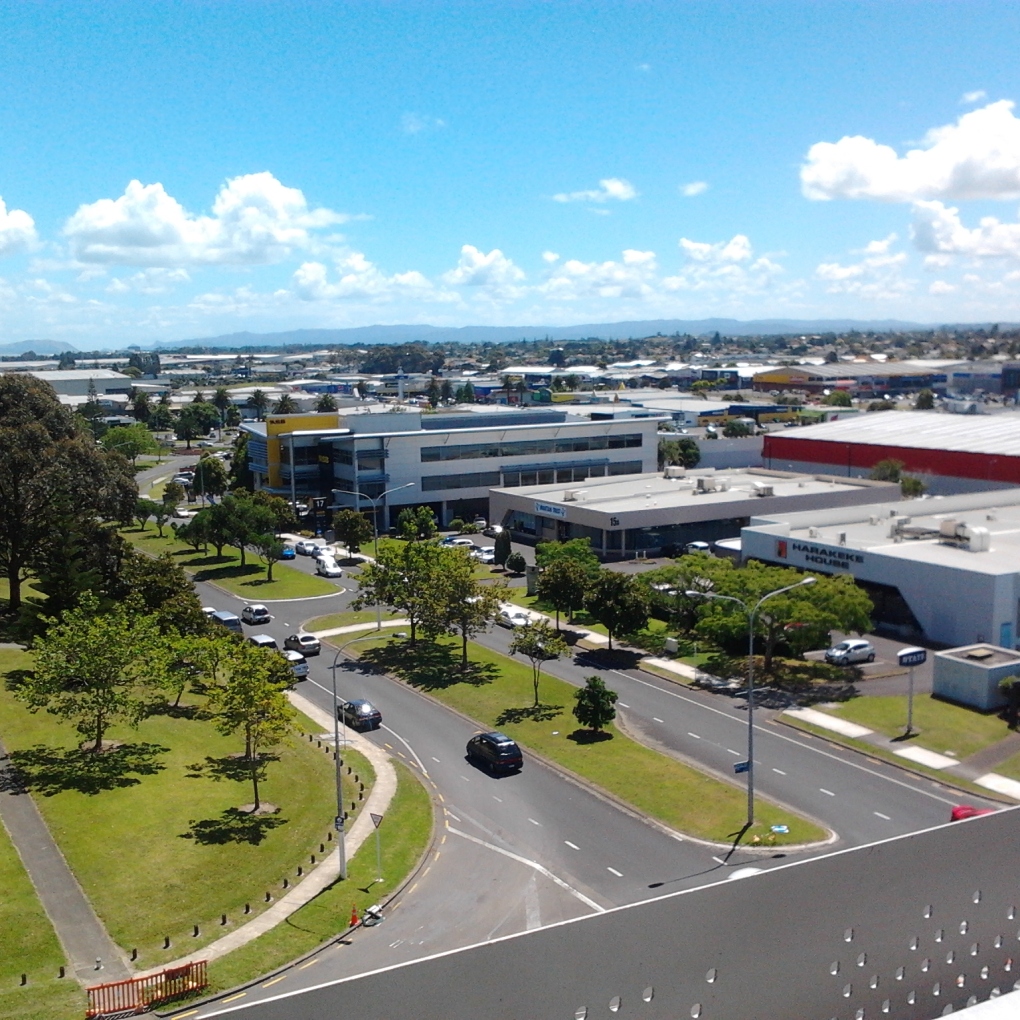 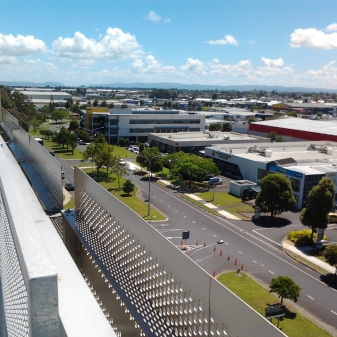 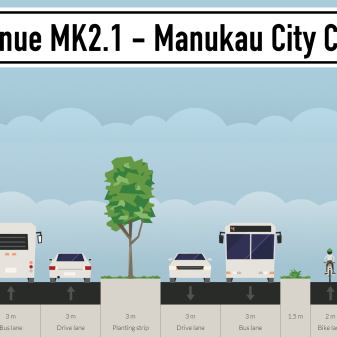 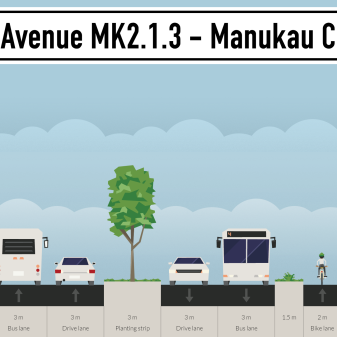 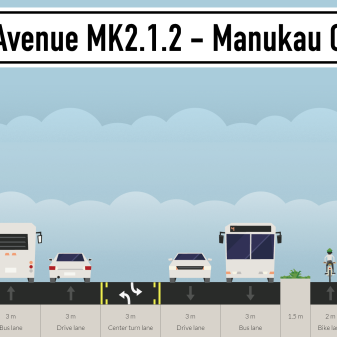 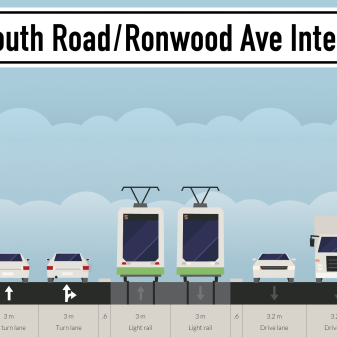 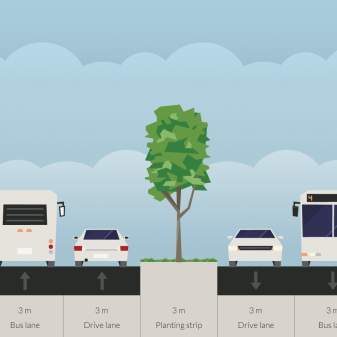 Basically with Ronwood Avenue upgrades you are narrowing the centre median to allow separated cycleways and dedicated bus lanes. On street parking (which is all day at the moment and would be dropped to 120min paid parking) would remain on the north side with parklets sprinkled along the way. The speed limit would also be dropped to 30km/h given Ronwood Avenue is or would become a main street rather than a traffic thoroughfare.

What about the urban renewal?

Given most of the land on Ronwood Avenue is privately held the main objective for Panuku to humanise the area falls to the streetscape upgrade of Ronwood Avenue (into that main street). Once the streetscape is upgraded the incentive from the private land owners to start urban renewal would present itself . This is remembering the upgraded streetscape is providing the renewed attraction to the area of existing users as well as attracting new users to the area (through improving quality of life by walking and cycling being more attractive and in the same regard increasing economic participation that walkers and cyclists give over cars who just pass through) making private sector renewals viable/economical.

I have walked many a times down Ronwood Avenue and the potential to humanise the area into a people’s’ main street is certainly there. What is needed is that streetscape to happen at the same time the Davies Avenue developments being given Ronwood is a main east-west connection between two major anchors (the mall and the Supa Centre). Again once the streetscape is upgraded the private sector should naturally follow in their renewals especially with Davies Avenue showing the potential of Manukau City Centre.

When humanising Manukau City Centre to improve both the quality of life and increase economic participation (so the human element of urban design) it is not necessarily all public works led development (being Panuku is the main lead in a mixed use development like Davies Avenue). Private sector renewal that improves that quality of life and increase economic participation of Manukau and the South is also (or rather should be) important as well. And if a streetscape upgrade like to Ronwood Avenue can trigger that private sector renewal then Panuku should be focusing on this as well as their public works led projects in Davies Avenue.

In the next Transform Manukau post I go south again to the residential areas of Manukau and Rata Vines. Both these areas are low density Housing New Zealand (or ex Housing NZ) residential stock that sit on major transport corridors and are in close proximity to Manukau City Centre and Wiri industrial complex. I will also look at the Barrowcliffe and Manukau Special Housing Area as well given they are both on the short-term agenda of Transform Manukau.

Remember if you have any ideas for Transform Manukau leave them in the comment box below.