Cars and parking not always the answer

How we use our streetscapes determines the quality of the urban environment. Both roads and streets (two very different meanings) have their places in Auckland depending on the situation (see: Streets versed Roads: Why Engineers Should Not Design Them But People Should). Sadly though someone has not quite passed that memo on to the Infrastructure division of Auckland Transport with wide sweeping roads and large flush medians (so hostile to everyone but the car) being the norm.

But as I have said in previous posts both the road (a thoroughfare between two major points) and the street (an extension of the people space whether it be in a residential or commercial area) have their place. How you in this case we best optimise the road to move people is another debate in itself although the answer of MOAR LANES and MOAR speed is not the answer despite what some in National, Auckland Transport and Auckland Councillors think.

The Supply And Demand Of Street Space

Approximately 35% of the land area of Seattle constitutes public right-of-way. Today, most of this space is dedicated to general purpose lanes and parking and is utilized mostly by single occupancy vehicles. Yet, as the city becomes denser, we are finding this configuration to be inadequate in serving its changing needs. The transportation supply it provides no longer meets the demand as evident by growing congestion. This is only the result of a good thing—strong job growth and record-low unemployment. But it is also a sign that we should consider alternative street configurations.

The many uses of a right of way

Fundamentally, right-of-way is just public land. And besides providing a pathway between buildings, it has historically also served as space for markets, social gathering, children’s play areas, and been critical for community building. The crowding out of these functions by transportation is in part natural, as fueled by growing population, but mostly a function of decades of deliberate car-centric policies. To understand this problem better, below we will calculate how many people actually benefit from the same 10 feet of right-of-way depending on its use: parking lanes, general purpose travel lanes, bike lanes, bus lanes, and even dedicated space for light rail.

A few words about pedestrian space

While sidewalks are really efficient at moving people (11 feet would move up to 15,000 people per hour assuming 3x3ft space per person and 3 mph), we shouldn’t think of them as just that.

Pedestrian space forms the public realm—the places where people meet, share experiences, and identify with. It’s the base connective tissue that enables the kinds of interactions to happen and enable a city’s economic productivity to grow superlinearly by 130% when population only doubles.

A parklet is a great example of a public realm element. When used by a restaurant (so called streatery), for example, it can seat 5 to 15 people depending on configuration. Assuming that restaurant patrons spend an average of 2 hours at the restaurant, the same as the average parking duration, we can immediately see that a parklet with 10 people is 10 times more efficient than a parking spot.

What’s better than a disconnected set of parklets abutting traffic is simply wider sidewalks. They enable amenities like outdoor seating, art, greenery to be built right into the sidewalk, and greatly improve the walkability of an area.

No calculation error, or technological improvement can boost the space efficiency of car-based usage so it catches up with the lead of other modes (and I am using conservative estimates for these other modes). It is clearly the least space-efficient and one must really desire to be part of the flat-earth society to argue this point.

Furthermore, the ever-controversial parking is at the very bottom of the list. Street space dedicated to parking serves almost 8 times fewer people than a bus lane and nearly 7 times fewer than a bicycle lane. Preserving parking in-lieu of a transit or bike lanes is really an attempt to keep our transportation system as inefficient and gridlocked as possible.

Why not more roads

Whenever you see congestion on the street, it is a sign of only one thing—that the transportation demand on that street is exceeding the supply and that more supply needs to be provided. Now we could build more supply off-street, but it is extremely expensive:

The other aspect of parking is that it really doesn’t have to be on the street. A multi-floor garage stacks cars on top of each other to bring the land utilization of parking more in tune with the denser transportation modes. This frees up space that can then be provided to increase the transportation capacity of the corridor.

But how do we come up with the garages?

First, in Central Seattle (Downtown, Denny Triangle, Belltown, Pioneer Square, Chinatown) we have 237 parking garages with 44,000 parking spaces. In comparison, we have around 4,000 on-street parking meters. Parking garages are on average 71% full, meaning we have more than 12,700 empty spots, more than sufficient to cover for all street parking if repurposed.

Within neighborhoods, most new construction apartments build more off-street parking than required. According to a recent city analysis, 75% of the 219 new developments built between 2012 and 2015 in areas where no parking is required provide parking anyway. These unused spots can be put on the market and some apartment management companies (e.g., Equity Residential) are already doing that.

Note: the Elevated or underground Light Rail used in the example above was a 4-car train set at 1:30 minute frequencies. For surface light rail it was the same 4-car set at every 2:30 minute frequencies. In Auckland our heavy rail system can move using a 6-car set 750 people every five minutes in a single direction. So at 750 x 24 trains per hour (12 going both directions) our heavy rail system post City Rail Link moves 18,000 people an hour (or 9,000 in a single direction per hour). If the system were to go driver-less we can get down to three-minute frequencies or 30,000 people an hour.

The Urbanist article does make mention of using parking garages in a City Centre (or even for us a Metropolitan Centre) to free up roads and streets from on-street parking. Perfect for Ronwood Avenue in Manukau City Centre and other surface parking lots (where the parking actually goes underground with the building or park over the top).

Ultimately though Auckland and Wellington (the Government) have a long way to go in using our street spaces in Auckland more efficiently than what we are doing now. That is if we want a City for the people rather than somewhere to park the car (motorway, congested road or parking lot).

Allocating street space is something also factored when playing Cities Skylines too!

6 lane arterial road with buslanes and parking. Oh and an overhead sign 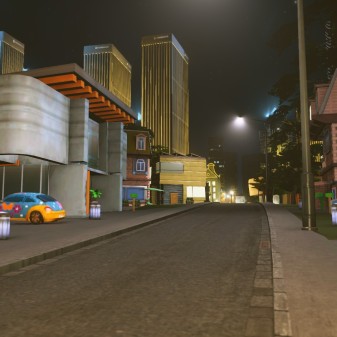 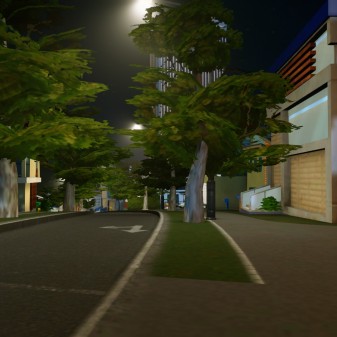 One thought on “How to Use OUR Street Space Efficiently While Being Pro-People?”