While I prepare the evidence chain for the Super Metropolitan Centre concept before the Unitary Plan Hearings on the Centre Zones in September an idea was floated that we as a City might need to do.

What did come to mind as I prepare for this “test” in September is regardless which way the Panel goes (although more specific if they DO recommend the Super Metro’s) is then; “Now what?”

For example we have this new zone with objectives and policies unique to it and the City (including developers) will be asking themselves okay things are serious here let’s see what we can do.  This is especially as the Council will begin work on the ten Spatial Priorities of which Manukau (a Super Metro Centre under my Unitary Plan submission) is one while five of the ten priorities are in the high growth Southern Auckland.

Put two together insofar as we might have a new Super Metropolitan Centre and Council preparing the Spatial Priorities ready for execution. A Spatial Priority is an area to undergo intense targeted investment by Council over a time frame compared to other areas in Auckland.

How does one plan when we don’t know what the existing area has already.

I would call for the Auckland Development Committee to authorise the resources need to carry out a stock-take across the Metropolitan Centres and any area not  a Metro but under a Spatial Priority from the Long Term Plan. 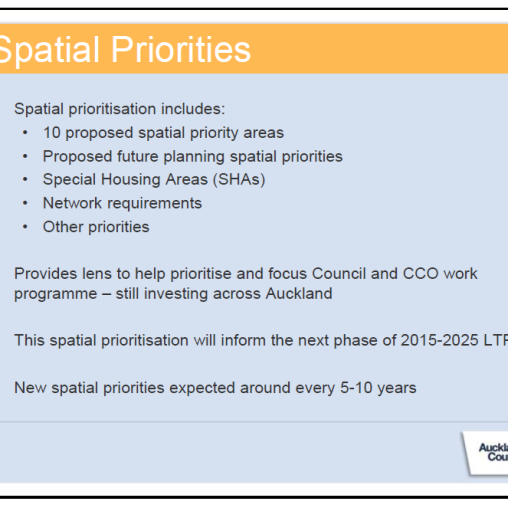 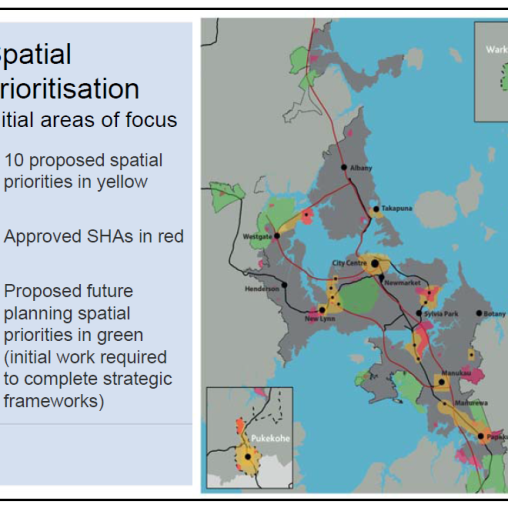 There is no point committing to a Spatial Priority Plan or even a Master Plan (say for Manukau) if we don’t know the existing conditions including physical and social infrastructure. Thus a stock-take needs to be done and completed by the end of 2016 ready for any new plans to be executed 2017.

Where to from here?

I will take further advice on the stock-takes to see whether this needs to be sent to the Deputy Mayor and the Auckland Development Committee. One thing is for certain, a stock-take on the Metropolitan Centres and the ten Spatial Priority areas would assist the City on where things are now before deciding where things are to go next based on any subsequent investment required.

5 thoughts on “Stock-take On Our Centres? I would say so before Unitary Plan Goes Live”