In the past the thinking on doing urban renewal in Manukau has been focused on the east-west transport axis of: Cavendish Drive, Ronwood Avenue and Manukau Station Road. With Transform Manukau under the stewardship of Panuku Development Auckland the focus has turned to the four north-south axis of: Great South Road, Lambie Drive/Druces Road, Osterley Way, and Davies Avenue.

Given the Great South Road’s prominence and history with Southern Auckland this main north-south axis for Manukau could do with both a road-diet and some humanising treatment especially as it is the main spine connecting AUT in the north, the mall and Rainbows’ End in the middle, and the Events Centre/Wero Park in the south of Manukau. 24/7 bus lanes, off road cycle ways, pedestrian priority measures crossing the roads, street trees and way finding measures are just some of the things the Great South Road in Manukau could have. In time the Te Irirangi Drvie to Manukau Station Road section of the Great South Road might have the elevated Botany Line running above it allowing a rapid mass transit connection to Botany and the Airport via Manukau itself. A “memorial” park at the corner of Great South Road and Manukau Station Road could also be built as a history lesson on the Great South Road as well.

Lambie Drive/Druces Road forms the western north-south axis connecting Manukau to the surrounding areas in Southern Auckland. This particular axis has the famous Manukau wide green median special with either a single or two lanes either side of it. The treatment for this particular axis is similar to the Great South Road with bus lanes, cycle ways, pedestrian priority measures and way finding devices. Druces Road further south is in serious need of a road diet. I am sure you can get a two lane road with bus and cycle lanes on one side of that massive road leaving the other to be some kind of green boulevard connecting the residential areas to Manukau City Centre.

The Sharkey Street, Osterley Way, Barrowcliffe Place north-south axis connects the residential area to the south and the general commercial in the north to the core of Manukau City Centre in the middle. Osterley Way also runs past the eastern flank of the Manukau Bus Interchange and the western flank of the mall. This particular axis given it is a high pedestrian area due to the civic infrastructure along the axis is a prime candidate for some humanising treatment such as:

Panuku focusing on the three main north-south axis through Manukau City Centre is a good idea especially as starters for the Transform Manukau program (the Davies Avenue axis). All three axis provide connections both through and to/from Manukau itself. In working on the axis though we have to remember:

The idea is to improve the quality of life and the economic participation of those in the south through Transform Manukau. humanising the streetscapes that act as retainers to existing residents, business and visitors as well as an attractor to new ones. If we are making great efforts in humanising the City Centre then I am sure we can make those same efforts in humanising Manukau City Centre for a car-centric place to a people-centric place! 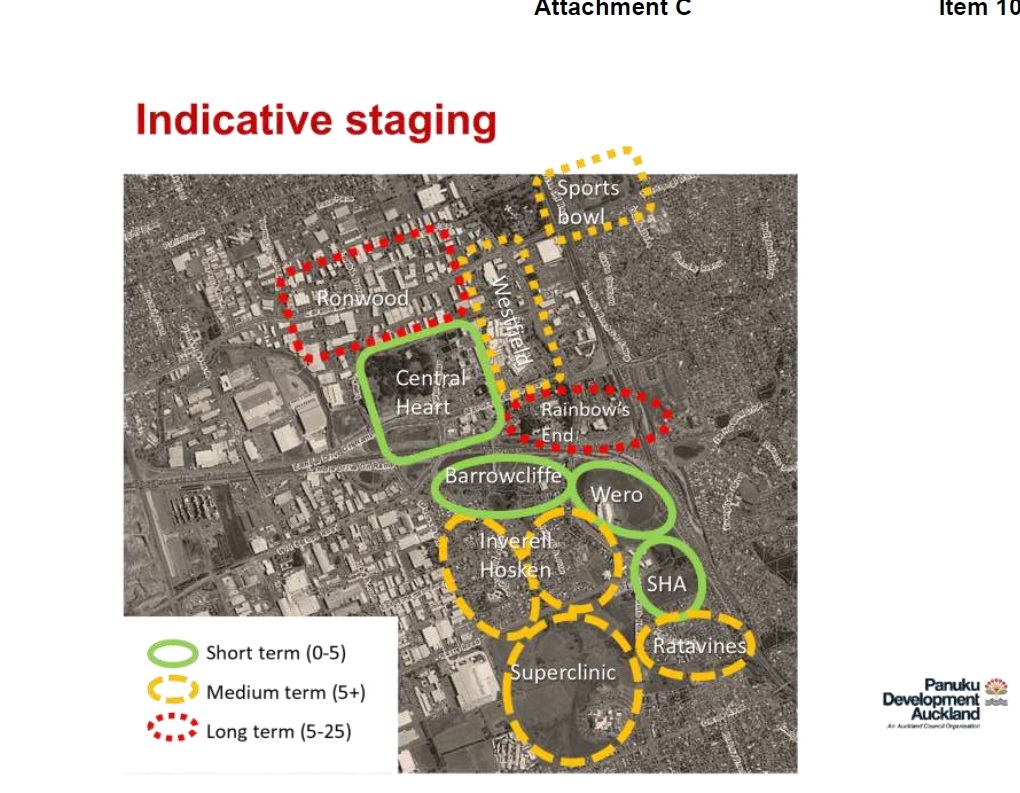 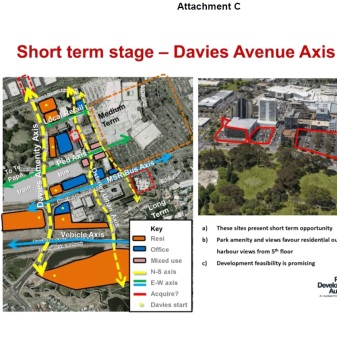 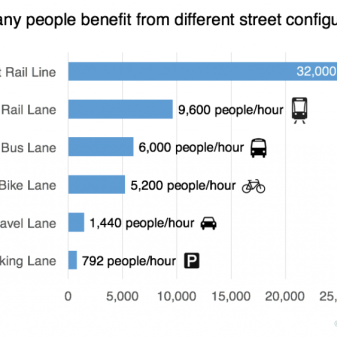 How many people benefit from different street configurations? Source: https://www.theurbanist.org/2016/05/26/the-supply-and-demand-of-street-space/ 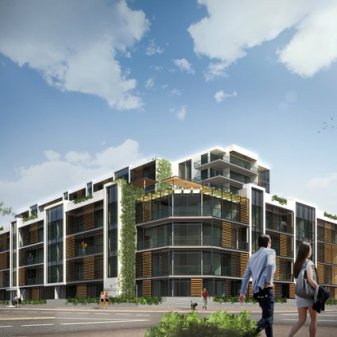 Concepts of the Milford apartments as part of a mixed use development. Source: Transport Blog